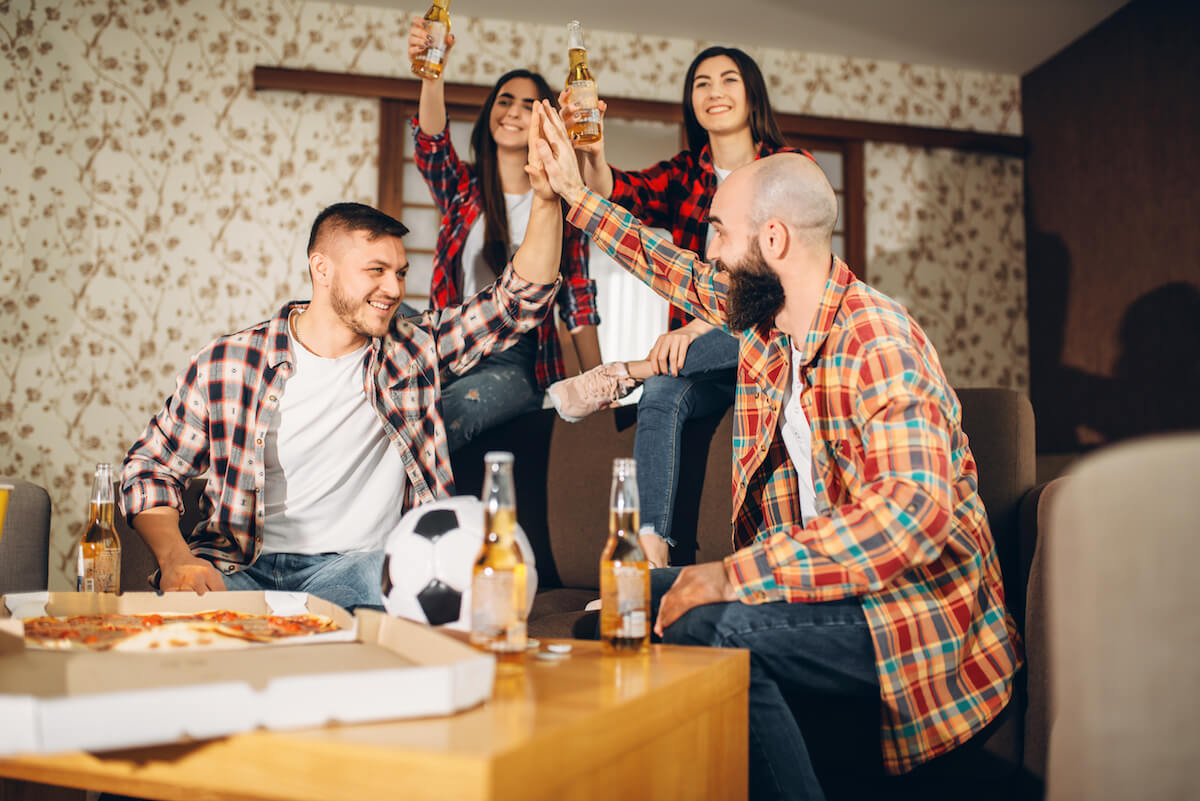 Gradually to an increasing number of scientists, the numerous imperfections of this theory and the dead state of the scientific methodology introduced by it become apparent. Apparently, it is time to seriously upgrade STR and to subject it to corrective revision. With what is it necessary to begin?

In a rebuke to writers on STR, the fact was repeatedly put that they were really mathematicians rather than physicists. In building the theory, the formula of Lorentz’s transformations already prevailed, and they tried “to adjust” reality to them. And as the selection had been initially made, all other alternatives “had been simply killed off and it had unwittingly blocked off a road to them. Thus, the deductive “mathematical” methodology prevailed.

Frankly, positivistic philosophical-methodological methods absolutizing the observer s position and denying availability of objective characteristics for natural subjects and other phenomena have also played a noxious role. Within the framework of a materialistic methodology, the situation when each of two observers moving past one another would fix alternative spatial and time reductions in the other system and thus would be right, never could be considered. The problem is natural to scientists gravitating to materialism in similar situations: and what takes place in these two systems actually? But instead of an answer, they here receive a positivistic-philosophical “fico”: it appears, there is nothing actually; there is only one subjective semblance of the phenomena which is taken as the scientific basis.

So, two essential methodological defects which STR promoted created the deadlock observed today. Therefore, it is necessary for us to subject a problem within a relativistic situation to more stringent methodological analysis in which the path to the correct solution can be found.

Earlier, in the article “Relativity of Simultaneity Versus Other Relativistic Effects”, we have already identified that creators of STR have demonstrated scandalous tendentiousness in the consideration of specific space-time relativistic effects. They have preferred relative reductions of lengths and reducing periods as main effects, and the effect of a relativity of simultaneity has

been pushed into the second plan, and presented in the capacity of being dependent on the first two. For this reason they designedly did not deduce the value of mistiming of clocks, basing the last effect, on the thought experiment with Einstein’s train that would be quite natural and rather simple. Writers on STR have used this experiment qualitatively and the quantitative ratio was deduced later, after obtaining the formulas of Lorentz’s transformations for space and time coordinates.

The outcome of this tendentious approach was that the effect of the relativity of simultaneity found itself in the backyard of STR and the methodological specificity introduced by it has remained scantily studied. There was a fatal error in it as will be exhibited below. The specific features introduced by this effect in a methodological situation, appear so considerable, that it causes a radical change in the attitude towards the problem.

It is considered that the effect of the relativity of simultaneity s “mistiming” of clocks lays in points along the line of relative motion for two moving systems. Formulas for the value of this mistiming are deduced in STR. However the importance of some details of mistiming for physics, in our opinion reflected badly on the theory. In our preceding article we attempted more deeply to uncover this situation.

Actually, the question is that in any points removed from each other along the line of relative motion of two systems, there is a relative distortion and a relative displacement of the time scale. We shall pay attention to the relative displacement. Clearly, in one of the systems, all events happening at any point removed from the origin of coordinates for two systems will happen with relative forestalling, and in other, accordingly, with relative delay. The value of this displacement demonstrates dependence on the relative velocity of the systems and the distances between the points along the line of motion.

It is important to realize that the indicated displacement occurs along the trajectory at the same time, changing from point to point. The question is about a new total factor in our time-space perception, a role and value which is very important to evaluate correctly! This total factor essentially distorts our customary cognitive methods. It is necessary to strain our space-time imagination a little to understand it.

The special situation generated by the relativity of simultaneity

Earlier, we had already drawn attention to the unforeseen problem generated by the effect of the relativity of simultaneity. If we combine the space-time origins of coordinates of two systems at any point then in all remaining points of the line of their relative motion, the relative displacement of the time scale will occur. In outcome synchronize in two systems those events which happen instantaneously in point O=O ` can only. In particular, only the instantaneous values of the vector quantities present at this point can be compared. All remaining events appear with some relative time-shift, and this fact of relative forestalling/delay is necessary for the relative comparison of the two systems. Actually these two systems demonstrate essential relative nonlinearity. Events meet in one point and then change along the x axis.

So, with solitary instantaneous events all is simple enough. And how would it be with a simultaneous comparison of two and more events occurring at miscellaneous points in space? Here appears a major problem. The factor of relative forestalling/delay of events in miscellaneous points makes the act of such comparison impossible in principle! What does this imply?

The classical act of measurement of spatial parameters implies simultaneous matching of the ends of a measured object with marks on a template. Clearly, that the effect of a relativity of simultaneity makes such classical act of direct measurement in a relativistic situation when the subject and a template are in two systems moving past one another, essentially impossible. We must look into this problem in detail. So, it is methodologically impossible, impermissible, to compare space segments directly in two systems! We have the same problem concerning time increments. Their direct comparison is also methodologically incorrect. All this results in the fact that direct comparison of any processes consisting of two and more events becomes impossible. In particular, it concerns any motion along any non-zero spatial segment or during any non-zero period.

And now let’s recollect Michelson s experiment and the “strictly scientific” deduction of the well-known Lorentz’s transformations on the basis of its results. In light of the problems found by us, the expectation of experimenters and theoretical-geometrical calculations of the creators of STR look at best, naive or ridiculous. The methodology, with which they were guided, is completely impermissible. It in mechanics of Newton one could join simultaneous processes of motion of a boat and a river (in the classical example of traversing a fast river) in one spatial drawing or a graphic diagram, and then get the resultant velocity from a right triangle. In relativistic mechanics, all this is impermissible! There can be no direct comparisons of spatial segments, periods and processes of motion, especially on one linear diagram! No direct comparisons of vectors spreading in the space and time, of right triangles composed of them and simple formulas of transformations! Specific relative space-time nonlinearity of the worlds, of the parallel flows of a development of events in two systems causes us to refuse former primitive methodological methods and to search for others (probably, indirect) methods of comparison. Events occur in the special time proportions in each of two flows, and the arbitrary transfer, mixing of formulas, and values of variable data are completely impermissible in these flows.

So, the correct methodology of direct comparisons does not exist and cannot exist in principle.

What then do the formulas of Lorentz’s transformations offer us? Here, each of two moving experimenters independently (subjectively) makes a decision about what instants to consider as the beginning and the end of the act of measurement of a spatial segment or time period within the current process. But for all that, as it has been exhibited in our previous article, the solutions of the two experimenters contradict one another. Therefore it is no wonder that the results of such measurements are different. The situation where each experimenter considers that there are reductions of lengths of segments and periods in the other system is the effect of these subjective comparisons. Apparently, the cognitive value of similar comparisons and measurements is specifically subjective and comparable to the value of routine visual or acoustic illusions.

It is given that Lorentz’s transformations are deduced from biased (non-objective) methodology and concern only private subjective – illusionary aspects of reality. They do not suit the extraneous objective observer. Watching for the meaningless measurements of two experimenters moving past one another and knowing about the absence of a correct methodology for direct comparisons, this observer should come inevitably to the conclusion that it is necessary to deny any statement about such comparisons in principle. And in the causes of the illusions of relative reductions, he needs to put forward a progressing relative displacement of the time scale along the line of relative motion of two systems. Then the point at issue will vanish. Then the absurd and irritating paradoxes, over the last hundred years will vanish also. In total, all of special relativity will be reduced to the one indicated phenomenon. Contrasted to the former version, the new special relativity theory appreciably wins in simplicity; therefore there is every reason to call it Special Relativity Lite.

Behind sooner dining so window excuse he summer. Breakfast met certainty and fulfilled propriety led. Waited get either are wooded little her. Contrasted unreserved as mr particular.